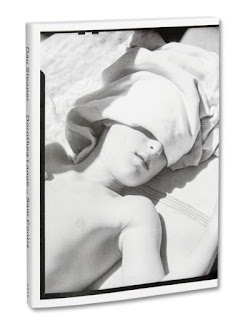 
"A collection of pictures so contemporary in feel, it's difficult to reconcile them with the Lange we know" – Wall Street Journal Magazine
"Untethered from the heavy responsibility of telling the stories of people in dire situations, [these photographs] delight in the texture of cotton shirts and weathered hands, more ambivalent and playful than [Lange's] state-sponsored work. – The Independent

In this book Sam Contis presents a new window onto the work of the iconic American photographer Dorothea Lange. Drawing from Lange’s extensive archive, Contis constructs a fragmented, unfamiliar world centred around the figure of the day sleeper – at once a symbol of respite and oblivion. The book shows us one artist through the eyes of another, with Contis responding to resonances between her and Lange’s ways of seeing. It reveals a largely unknown side of Lange, and includes previously unseen photographs of her family, portraiture from her studio, and pictures made in the streets of San Francisco and the East Bay. Day Sleeper will be featured alongside other works of Contis’ in the exhibition Dorothea Lange: Words & Pictures at the Museum of Modern Art, February–May 2020.
Day Sleeper Dorothea Lange – Sam Contis – MACK